Master the Chess Middlegame With Prophylaxis

Prophylaxis is often associated with the chess middlegame, but it is helpful in all three phases of the game. Prophylaxis is the ability to anticipate and stop your opponent’s plans.

Prophylaxis is used a lot in the chess middlegame because this is when both sides usually have all their pieces developed and ready to create threats. Although mainly used to prevent threats, you can also use prophylaxis to strengthen your position.

When you eliminate a weakness in your position, you naturally make it stronger. When you play h3, you give your king an escape square and strengthen your position by eliminating any threats of a back-rank checkmate.

At its core, prophylaxis is very simple, yet knowing how to apply it in a chess middlegame is a skill that must be learned.

You Must Ask, “Why?” at Every Move

Even though it might be obvious why your opponent is playing a move, especially in the opening, keep asking, “Why?” Asking this question during the opening is an excellent way to develop the habit of asking later in the game.

Until something becomes a habit, it requires more effort: the more you can make effortless, the more energy you have for calculation and positional play.

Do you know why the moves in your opening are played, or did you simply memorize the lines? Did you take time to focus on what your opponent’s plans are in the opening?

You can discover possible middlegame tactics earlier by learning why a side plays certain moves.

After Black castles short, a white bishop on c4 pins the f7-pawn. This pin means the pawn on f7 no longer protects the g6 square.

When playing white in such positions, you can consider sacrifices on g6 or using the g6 square to infiltrate. If you play black, you will know not to rush into moving your pawn to h6 because it leaves g6 effectively undefended.

Pawns Can Become Pinned In Many Ways

Here is an example of a pinned c-pawn when White has castled long. 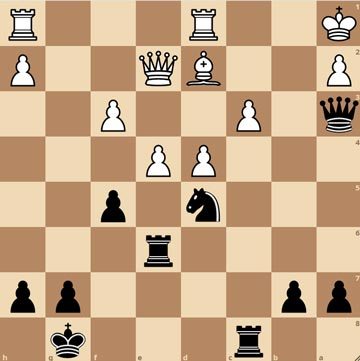 After 26…Re6 White no doubt asked, “Why did the rook go to e6?” and realized the threat was …Rb6+. White wisely decided to move his king onto a square where it could not get attacked and played 27.Ka1.

Unfortunately, this means the pawn on c3 is pinned and cannot defend the b4 square. Black took immediate advantage of this and played 27…Nb4, threatening checkmate on a2.

White needs to move the bishop so the queen can defend along the second rank. Capturing the knight with 28.cxb4 allows 28…Rc2 when White cannot defend the a2 square.

No matter where the bishop retreats, the game is lost for white, but 28.Bc1 was a more vigorous defense to 28.Be1, as played in the game. 28.Bc1 brings another piece to help defend the king, but Black wins a lot of material.

When playing through this game, see how you can improve the play for both sides by asking, “Why?”

Botvinnik and Smyslov reached the following position in round thirteen of their World Championship Match. 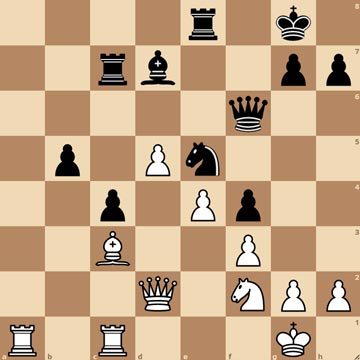 White has a space, advantage, and control of the a-file and effectively restrains the black passed pawns on b5 and c4. The pawn chain from g2 to d5 has a weak link at f3, which Black can attack with …Qg6 pinning the g-pawn.

Botvinnik knows his advantages are not going away, so he stops Black’s counterplay with 31.Kh1!

When you constantly foil your opponents’ plans, they are more likely to get frustrated and make mistakes!

A chess engine might not make mistakes because it is frustrated, but you are playing a human, like Botvinnik, in this game.

Every chess player finds themself in a chess middlegame where you have positioned your pieces on their best squares, and your opponent has done the same. Launching an attack achieves nothing because your opponent’s well-positioned pieces can easily defend.

In such positions, you can use prophylaxis to prevent any pawn breaks or opening of the position. Also, consider which pieces might pose the most significant threat and seek to limit their activity.

You can even consider sacrificing the exchange in a closed or semi-closed position. In these positions, getting control of a long diagonal or establishing a knight on an outpost deep in your opponent’s position can provide more than enough compensation.

What would you play in this position? 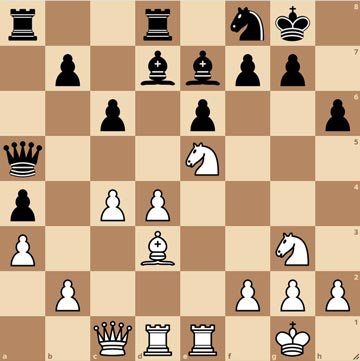 White has a comfortable space advantage and an excellent knight on e5. Any attempt to drive the knight from e5 with …f6 will create a light-square weakness around the black king and leave the e6-pawn far too weak.

The black knight on f8 will require several moves to enter the game, and the bishop on d7 is completely shut in by its pawns.

The only active minor piece in the black position is the bishop on e7. So Alekhine played 19.c5! After 19…b5, he didn’t capture en passant because that would have allowed Black to activate the bishop on d7 with …c5.

When you cannot find the best move choose moves that do not weaken your position.

A loss of material and a light square weakness would have happened in the Alekhine versus Asztalos game if Asztalos tried to drive the knight from e5 with 19…f6. 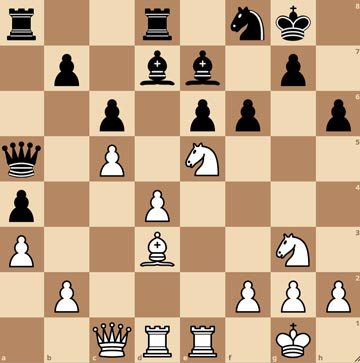 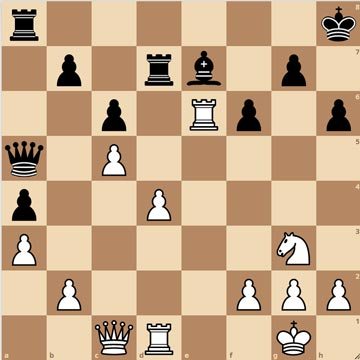 Now it is the black dark-squared bishop that is bad. The weak light squares remain around the black king; if this wasn’t enough, White is a healthy pawn up.

Remember to Use Prophylaxis During an Attack

Many players think of prophylaxis solely as a means of defense. They tend to set it aside when launching attacks, but sometimes an attack only works if you take time to stop a critical defensive move.

Prophylaxis does not need to happen before you launch your attack. You can gain the tempo you need for prophylaxis by placing your opponent in check, which forces them to move their king.

After your opponent moves the king, you can prevent one of their pieces from coming across to help defend. Prophylaxis can be vital to the success or failure of an attack.

A common theme in prophylaxis, in defense, and while attacking is removing your king from checks.

You can achieve this by creating an escape square, for example, g3 or h3, or placing your king on a square where it cannot get attacked, for instance, moving it off a diagonal where one of your pieces blocks a check.

Avoiding checks can give you the crucial tempo you need to attack! 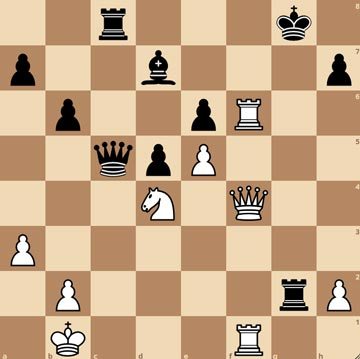 Although Kevin Spraggett, playing white, has a powerful attack, he wisely took the time to play 32.Ka1 in the above position. Playing any other random move like 32.h4 would allow Boris Spassky to draw with the stunning 32….Rxb2+

When you are unable to think of a move to play, you can always turn to prophylaxis and ask, “What would my opponent like to play if it was his turn to move?” Then you can look for a move to stop his plans.

Garry Kasparov once said, “The highest art of the chess player lies in not allowing the opponent to show you what he can do.” Prophylaxis is a vital element of your chess middlegame play to ensure your opponent shows you very little, or nothing, of their plans.

In the excitement of a chess game, it is easy to forget about our opponent’s plans. Using prophylaxis by asking, “Why?” from the first move will ensure you do not blunder and suffer a quick defeat.

In fact, if all you did was make prophylaxis your primary strategy, you are sure to see an improvement in your results.